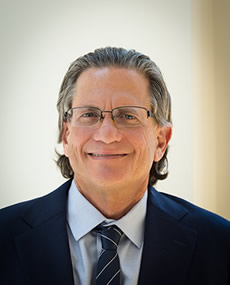 Seth Benezra has practiced in the fields of employment, civil rights, and criminal defense for more than 30 years. He graduated from Stanford University with Distinction in 1980 and from the University of Colorado Law School, where he served as Articles Editor of the Colorado Law Review in 1983. Mr. Benezra’s practice emphasizes the representation of plaintiffs in all forms of employment cases (under both federal and state law), disability discrimination cases brought under the Americans With Disabilities As Amended Act and the Federal Rehabilitation Act, whistle-blower litigation under the Federal False Claims Act and the Oxley Sarbannes Act of 2002, and the representation of federal employees in matters brought before the Merit Systems Protection Board. Mr. Benezra also counsels employers and employees on a variety of employment related matters. Mr. Benezra serves on the American Arbitration Association Panel of Employment Arbitrators and Mediators where he has arbitrated and mediated all forms of employment related disputes.

Awarded for continuous professional recognition, an accomplishment realized by the Top 1% of American Lawyers. All qualifying public recognitions of excellence are certified by the American Registry and include significant mentions in the press, honors by recognized trade groups, and acclaimed recognitions by peers or clients.

Mr. Benezra has received the highest AV rating from Martindale and Hubbell for legal ethics, professionalism, and legal skills since 2002. Recognized by the Association of Trial Lawyers of America as one of Colorado’s 100 Top Trial Lawyers since 2007, Best Lawyers in America for 2015, 2016, 2017, 2018, and 2019, and has been repeatedly recognized by 5280 Magazine as a as a Super Lawyer in the field of employment law and litigation.

Mr. Benezra also handles all forms of criminal defense representation in both state and federal court, including appeals and post-conviction work. He previously served as a Colorado Deputy State Public Defender and as a member of the Criminal Justice Act Panel for the United States District Court for the District of Colorado. He has handled complex felonies including death penalty appeals, homicides and serious drug offenses.

Mr. Benezra has served as lead counsel in numerous jury employment law trials including Carr v. Fort Morgan School District, Cork, Stinson v. ACZ Laboratories, Holeman v. City of Commerce City, and Kulikowski v. Bounder County, together with other matters, all of which resulted in significant plaintiff’s verdicts. Mr. Benezra has co-counseled dozens of jury and court trials. He has represented federal employees through trial before the Merit Systems Protection Board. Mr. Benezra has also served as an expert witness in sexual harassment, ERISA, Title VII retaliation and other cases.

Mr. Benezra has taught numerous employment law CLEs to lawyers and judges and has taught as an Adjunct Professor of Employment and Civil Rights Law at the University of Denver School of Law. Mr. Benezra is one of the co-authors of The Practitioner’s Guide to Colorado Employment Law.
Mr. Benezra has been admitted to practice in California, Colorado, the United States District Courts for Colorado and the Northern District of California, the Eastern District of Wisconsin, the Tenth Circuit Court of Appeals and The United States Supreme Court.

Mr. Benezra is a dual citizen of the United States and Spain.