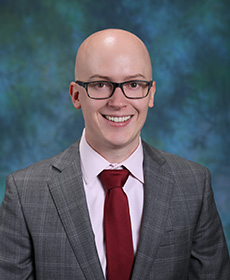 Robert Goodwin joined Benezra & Culver as an associate attorney in December of 2021. His practice includes all aspects of employment law and civil rights litigation.

Mr. Goodwin graduated the University of Colorado Law School in the top 15% of his class. While at school, he interned with the Colorado Supreme Court, volunteered for the Korey Wise Innocence Project, and was also an associate editor on the Colorado Law Review. As a student, Mr. Goodwin was deeply interested in civil rights and employment law litigation, taking every class he could on the subjects. He interned at two plaintiff-side firms in which he worked on various civil rights and employment cases. In his final year, Mr. Goodwin served as a student attorney in the Colorado Civil Practice Clinic where he helped employees recover unpaid wages.

Mr. Goodwin is currently involved in local professional organizations including the Colorado Plaintiff Employment Lawyer’s Association and the Colorado Bar Association’s Civil Rights Section. Mr. Goodwin is admitted to practice in the Tenth Circuit Court of Appeals, the United States District Courts for Colorado, and all Colorado state courts.